Karsten Vogel was born 1943 in Copenhagen, Denmark. He played the alto Saxophone from the age of 14, and after a few years of practicing he became part of the modern jazz scene in his hometown with combos co-led with his brother playing the drums. They even won the Danish championship in jazz (!) in 1963. 1966 – 68 he was a member of John Tchicai’s Cadentia Nova Danica as a musician and composer.

In 1967 he formed Burnin Red Ivanhoe that would show up to be a legendary group on the Danish and European jazz/rock-scene. They have been playing well over 1.500 concerts, some together with names like Jimi Hendrix, Uriah Heep, Incredible Stringband and Black Sabbath. The group still is active performing mostly in Denmark. It has made several TV- and radio shows and has released 10 albums, the latest in 2013.

In 1972 Karsten Vogel formed another legendary group, pioneers of instrumental fusion Secret Oyster, which he led until its split up in 1977. The group toured with among others Captain Beefheart, Herbie Hancock, Shakti and Weather Report and released four albums. As a result of increasing international reputation these albums has been re-issued in USA and that prompted the band to reunite, since making tours in both Denmark and USA.

Karsten Vogel also has been working with combos under his own name, with his working unit Birds of Beauty and with famous Danish actor Frits Helmuth. He also has been a featured soloist with Robin Taylor’s prog units.

Karsten Vogel is a respected composer of modern music. He has received several grants from the Danish Ministry of Culture and since 2004 he has been honoured with a lifetime grant as composer.

“There aren’t many alto saxophonists to whom I’d rather be listening. He has a lovely tone – slender, fibrous and very human – and a shallow vibrato: a highly distinctive combination. If you listen to one of his improvisations and just concentrate on the shaping of his phrases, it can be a good reminder of how inventive and unpredictable a great jazz musician can be.” (Richard Williams 2016) 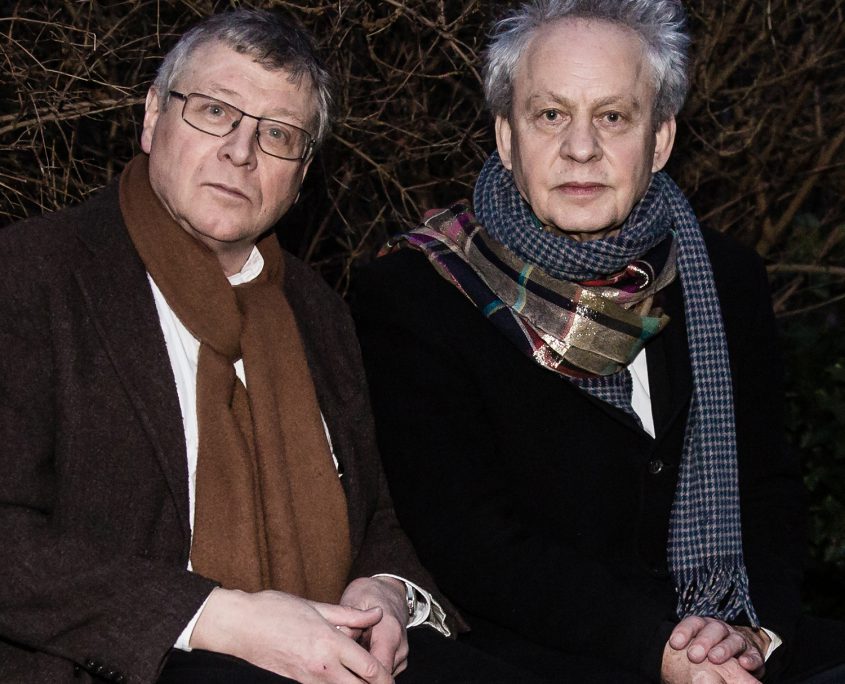 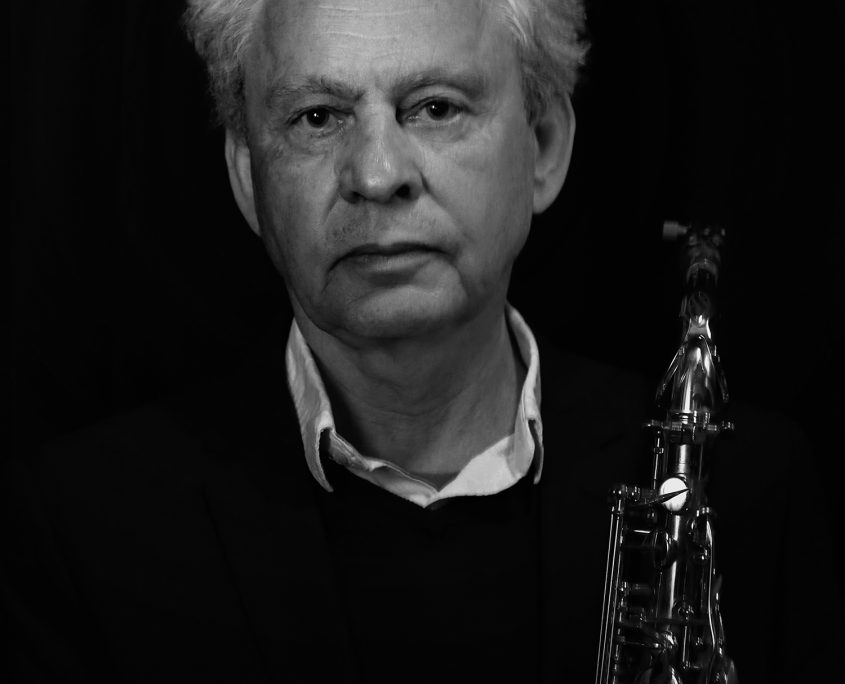 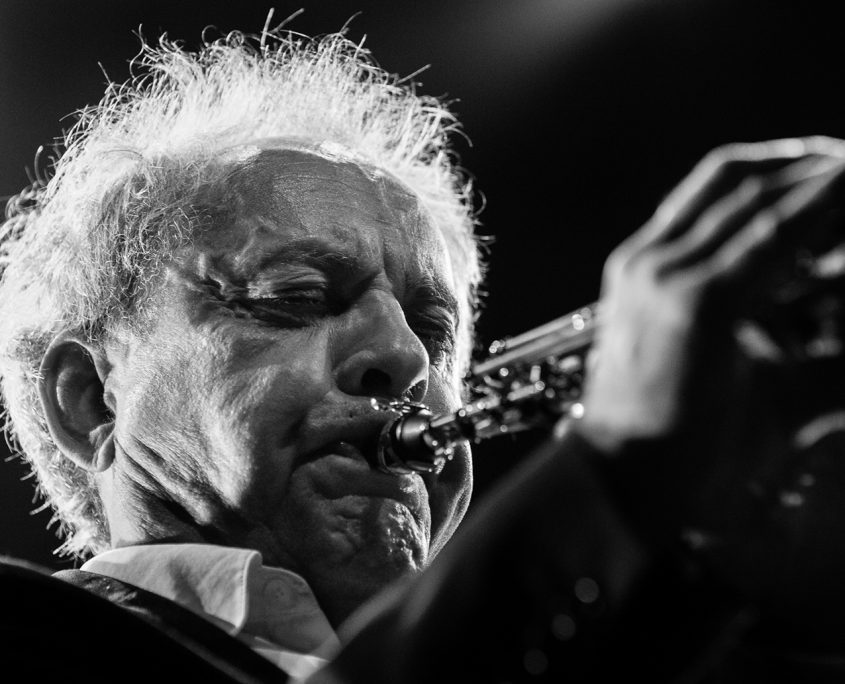 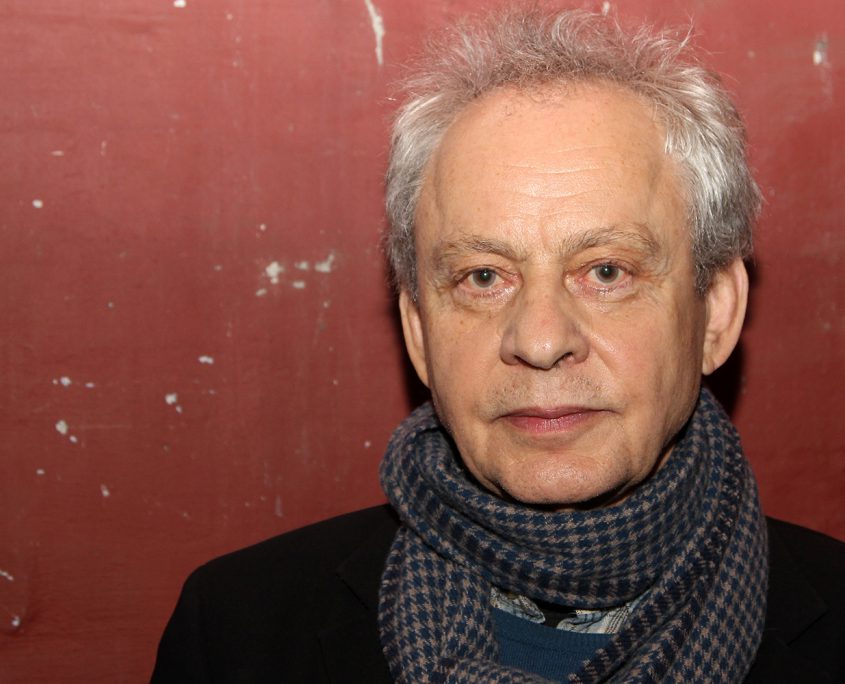 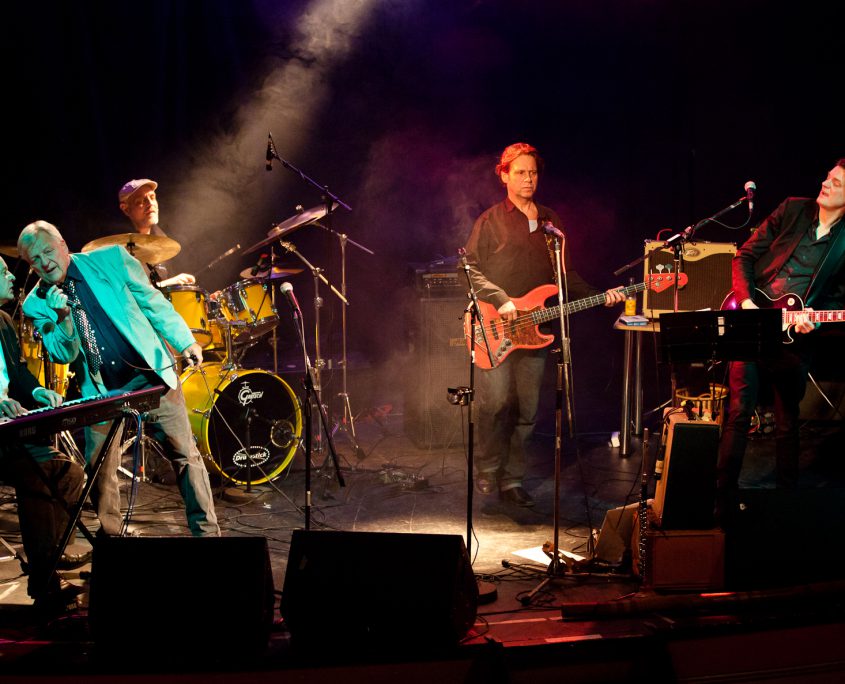 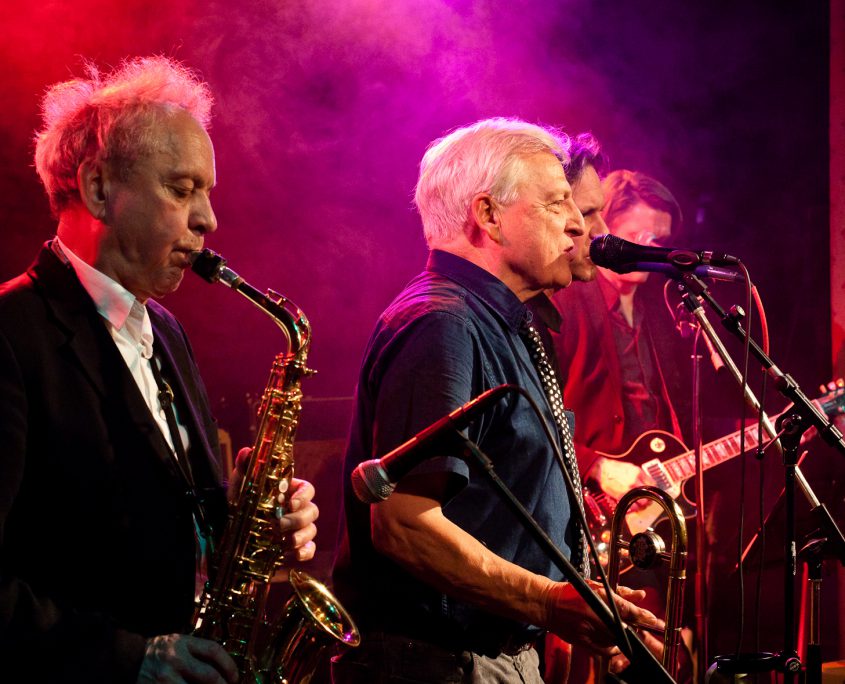 “Heads above most records of its type” (Billboard)

“The performance on Friday night was one I won’t forget! Excellent!” (Exposé)

Possibly the foremost fusion band to emerge out of Europe in the 70’s was the Danish band Secret Oyster.

Their four acclaimed albums brought them on to the touring circuit with Herbie Hancock, Weather Report, Billy Cobham, Shakti and seventeen concerts with Captain Beefheart in the U.K. A concert in Hamburg saw both the Herbie Hancock Band (with Wah-Wah Watson) and Secret Oyster perform together in a fusion meltdown.

Secret Oyster climbed the U.S. Billboard FM charts to no. thirteen and caught the attention of the Royal Danish Ballet. This resulted in a new collaboration of works: As you would expect from a Danish 70’s ballet: a lot of beautiful naked dancers performing to Secret Oysters music.

Live the band was kicking off in places like Sweden, Finland, Iceland, Norway, Faroe Island, Scotland, England, Germany, France and Denmark. One Paris concert was a 30,000 sell out.

The band dispersed late 70’s to pursue their individual ambitions.

The re-release of their albums on CD in the U.S. (The laser’s Edge) prompted the band to reunite.

Their first high profile US concert NEARFest (near NYC) was Friday the 22nd June 2007.

The Secret Oyster concert (together with Allan Holdsworth) turned out to be a triumph for the Danish band with standing ovation and an hour of signing cd’s and original album covers.

A live-album with the complete concert was released in May 2008.

In August 2008 Secret Oyster was the top act at the PROGday festival in North Carolina and also did a few other concerts in USA.

Secret Oyster has since the re-union frequently been playing concerts all over Denmark.

“One of the most inspirational performances earlier this year during the NEARfest weekend was the return of Secret Oyster. This band definitely needs to perform and record more.”
Progressive Ears

“The performance [Secret Oyster] on Friday night was one I won’t forget! Excellent!”
Peter Thelen, Exposé 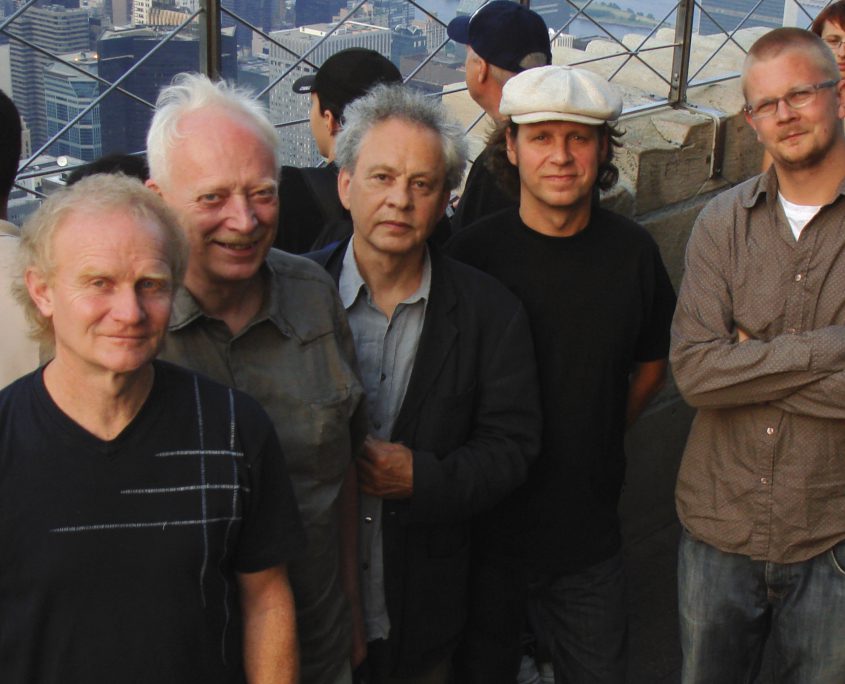 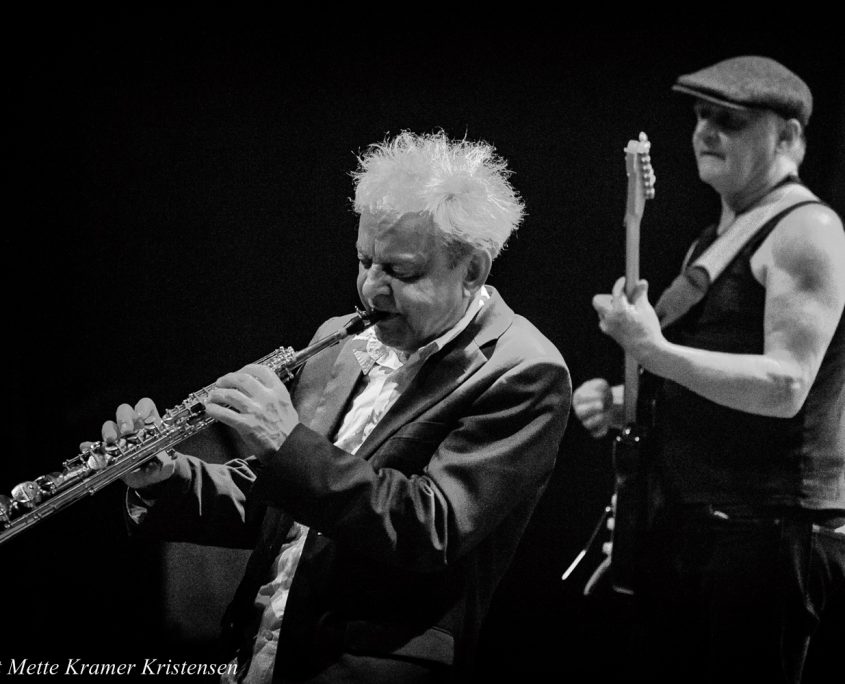 “Music is the healing force of the Universe.”

Throughout the years Karsten Vogel has worked on a combination of three sides of his musical universe: energy, subtlety and beauty. Many will know the energy and subtlety from his legendary band Burnin Red Ivanhoe, that was an important group on the European progrock scene round about 1970, playing concerts with among others Jimi Hendrix, Black Sabbath and Uriah Heep. The combination of energy and beauty was prominent in his follow-up group Secret Oyster, a band with an ever-increasing reputation.

These three sides of a musical mind are meeting each other in Birds of Beauty, a band formed shortly after Secret Oyster disbanned in 1977 (to be re-united 2007), and since then it has been a working unit frequently over the years with many different musicians, among which Morten Kærså, Moussa Diallo, Rasmus Hedeboe, Lars Stork, Rune Olesen and Anne Eltard could be mentioned. All the time the music has been based on Karsten Vogels compositions and his personal ideas of music influenced by jazz, world music and rock.

Today Klaus Menzer is the drummer in the band as he has been from the very beginning. From his years with Sneakers he had a very close teamwork with the bass player in the band Christian Dietl. Also a former Sneakers member, guitar player Mikkel Nordsø is featured with Birds of Beauty. All in all a very high musical standard is obvious in this group.

On live concerts with Birds of Beauty the music is instrumental consisting of mostly new compositions but it is also flavoured with some songs from the repertoire of Burnin and Secret Oyster. 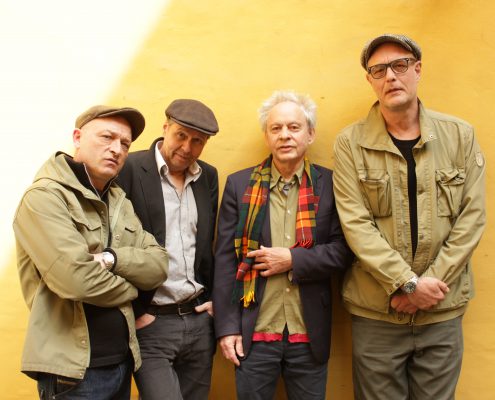 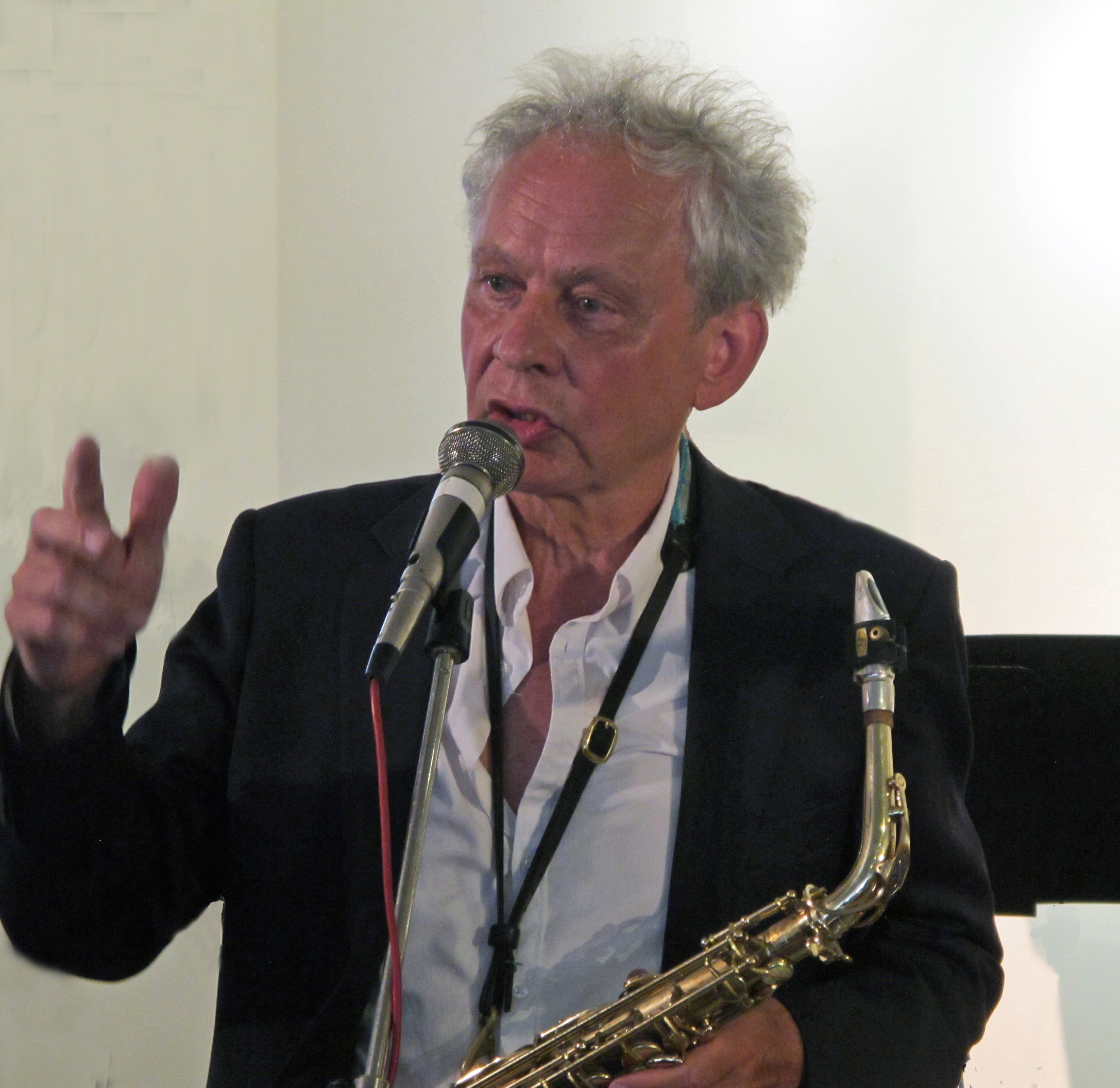 We may request cookies to be set on your device. We use cookies to let us know when you visit our websites, how you interact with us, to enrich your user experience, and to customize your relationship with our website.

Click on the different category headings to find out more. You can also change some of your preferences. Note that blocking some types of cookies may impact your experience on our websites and the services we are able to offer.

These cookies are strictly necessary to provide you with services available through our website and to use some of its features.

Because these cookies are strictly necessary to deliver the website, refusing them will have impact how our site functions. You always can block or delete cookies by changing your browser settings and force blocking all cookies on this website. But this will always prompt you to accept/refuse cookies when revisiting our site.

We fully respect if you want to refuse cookies but to avoid asking you again and again kindly allow us to store a cookie for that. You are free to opt out any time or opt in for other cookies to get a better experience. If you refuse cookies we will remove all set cookies in our domain.

We provide you with a list of stored cookies on your computer in our domain so you can check what we stored. Due to security reasons we are not able to show or modify cookies from other domains. You can check these in your browser security settings.

We also use different external services like Google Webfonts, Google Maps, and external Video providers. Since these providers may collect personal data like your IP address we allow you to block them here. Please be aware that this might heavily reduce the functionality and appearance of our site. Changes will take effect once you reload the page.